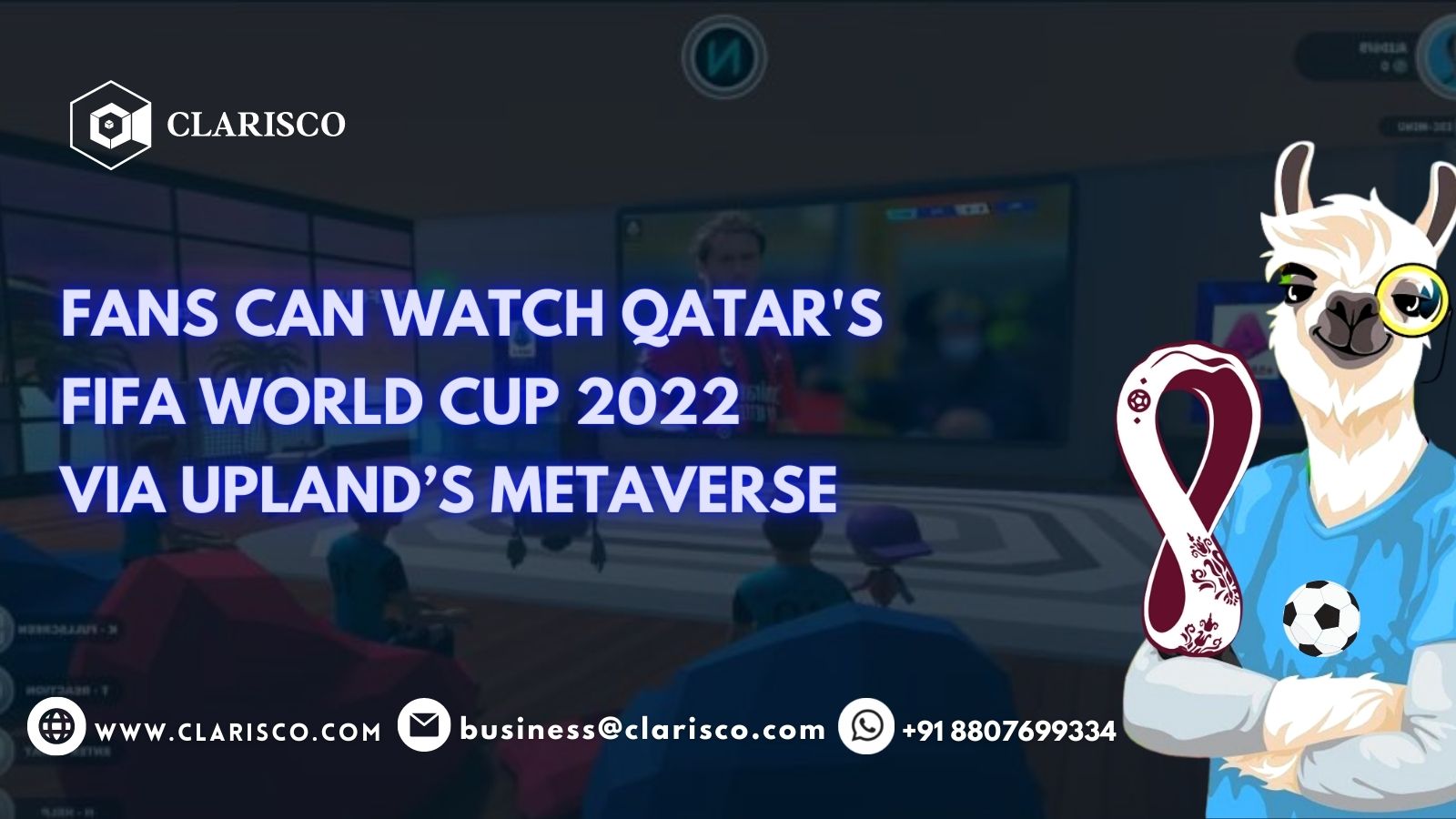 Web3 is favorably altering conventional sports like football and basketball through creative methods. Crypto exchanges like OKX and Binance are extending their assistance in building the "web3 world in conventional gaming."

The most famous football tournament has arrived: the QATAR FIFA World Cup 2022. The champions, famous teams, and renowned players are all working hard to win the golden trophy. Qatar is the official host country for the FIFA World Cup 2022. According to estimates, the country has invested $220 billion to accommodate an estimated 1.5 million guests from around the world.

Upland and FIFA have announced a multi-year agreement in which the Upland community and football fans across the world will be able to acquire, trade, and own FIFA digital assets such as game video highlights. This partnership is part of a larger effort to educate people about the metaverse and web3 technologies.

FIFA Collaborates With The Metaverse To Unveils The Extraordinary Experience:

Upland, a mirror metaverse that mimics real-world locations in virtual reality, revealed on Wednesday (Nov. 11) that it has established a multiyear agreement with FIFA that will begin with the introduction of a World Cup village in Upland's Qatar to commemorate the Qatar 2022 World Cup.

Unlike previous Upland city debuts, property in Qatar will not be publicly accessible but will be granted to participants as prizes for different activities and tasks during the event.

The company will also attempt to capitalize on the growing desire for soccer-themed digital collectibles by issuing a series of Qatar 2022 non-fungible tokens (NFTs) for Upland players to acquire.

FIFA revealed four game experiences that would be available during the event, each with a distinct take on the world's largest football tournament. This news sparked great interest among football fans and Web3 game lovers all around the world.

AI League is a four-on-four casual football game in which AI-controlled players battle against one another, with player input occurring at exciting and tactical periods. Players coach and own their AI teams, and they can enhance their skills with power-ups and training. Players can also gather and trade characters to form teams with their preferred talent combinations. From Paris to Rio, Yaoundé to Seoul, the playing grounds are located in stylized streetball sites across the world.

Upland is the largest blockchain-based metaverse linked to the real world, where users may purchase and trade virtual properties. They may now gather authentic FIFA World Cup digital assets, including famous video highlights from the tournament. They may visit the replica FIFA World Cup Lusail Stadium and Village, shop for products reflecting their colors to personalize their home in Upland, swap their assets with friends, and win one of many prizes.

Matchday taps into the emotional high of football fanaticism with a highly engaging casual social prediction game based on football cards, where the heart of the fun comes not from "doing it correctly," but from being the greatest among your pals

Phygtl is a smartphone software for fan connection that takes fandom to a new level. Fans join together to co-create the world's first fan-generated digital prize in an immersive experience. Fans may bring a golden-globe-football from their palms into their real-life environment, own a small piece of it, and attach and immortalize their favorite FIFA World Cup photos and video memories. A digital portrayal of indestructible fandom.

As customers and supporters become increasingly entrenched in virtual environments, sports organizations must embrace this transformation for their brands to thrive in a new world - especially if sports organizations are viewed as media and entertainment corporations. A metaverse is a place where the audience, along with players and commercial partners, may use their virtual creativity to develop new tales and figure out how to tell (and ultimately monetize) them.

Leading sports organizations have already embraced this new method of communicating with supporters. Manchester City intends to construct the Etihad Stadium in the Metaverse to display live matches in a new environment with diverse layouts. Major League Soccer recently collaborated with GreenPark Sports to develop a Metaverse environment to increase fan interaction. FC Barcelona will issue its first NFT (non-fungible token) soon as part of its ambition to build a fantastic digital hub for its supporters. More of these virtual settings, including training facilities and museums, might be created by clubs to allow fans to meet and engage with players regularly.

A free and open web3 platform called Upland links the metaverse to the physical world. The company's goal is to create one of the world's most prominent and dynamic maker communities by leveraging a robust entrepreneur economy. It also allows gamers, creators, developers, and brands to create items and experiences, monetize assets, and provide utility and entertainment to other participants. Upland, a Silicon Valley-based company with locations in Brazil, Las Vegas, and Ukraine, was named one of Fast Company's "Next Big Things in Tech'' for 2021. In addition to that Upland is one of Built In SF's "22 San Francisco Startups To Watch in 2022." Upland is committed to carbon neutrality and is a proud partner of Carbonfuture. Upland is accessible from any location in the world via iOS, Android, and the Internet.

Many individuals believe that the NFT season was essentially a gold rush that has since faded. Perhaps the 2020 FIFA World Cup, which is being marketed by Web3, will change the tide.

Talk With Our Experts & Get A Free Quote Now!