How Blockchain Plays a Vital Role In Extended Reality? 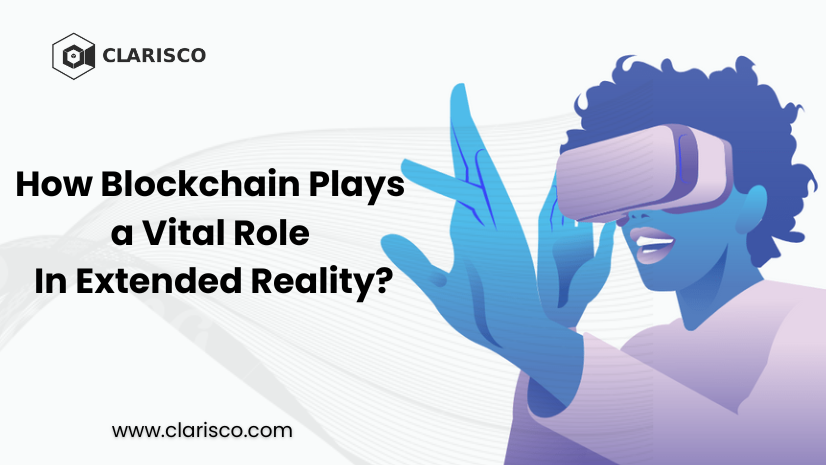 One can’t help but agree with Arthur C. Clarke when he said that “Any sufficiently advanced technology is indistinguishable from magic”. Technology has the power to transform how we live in the real world. We are in a digital age where the physical and virtual worlds are blending and technology is revolutionizing countless sectors. Since we spend the majority of our time in front of screens, the COVID pandemic and the transition to work-from-home have further hastened this convergence.

Extended reality (XR) technology has enabled us to connect with products and services in incredibly novel ways, boosting customer engagement, and pleasure. XR technology, which was initially considered a sci-fi idea, is now gaining traction across the globe. XR is a new and intriguing technology that everyone is talking about. But what exactly is XR? Let’s take a look.

What is Extended Reality Technology? 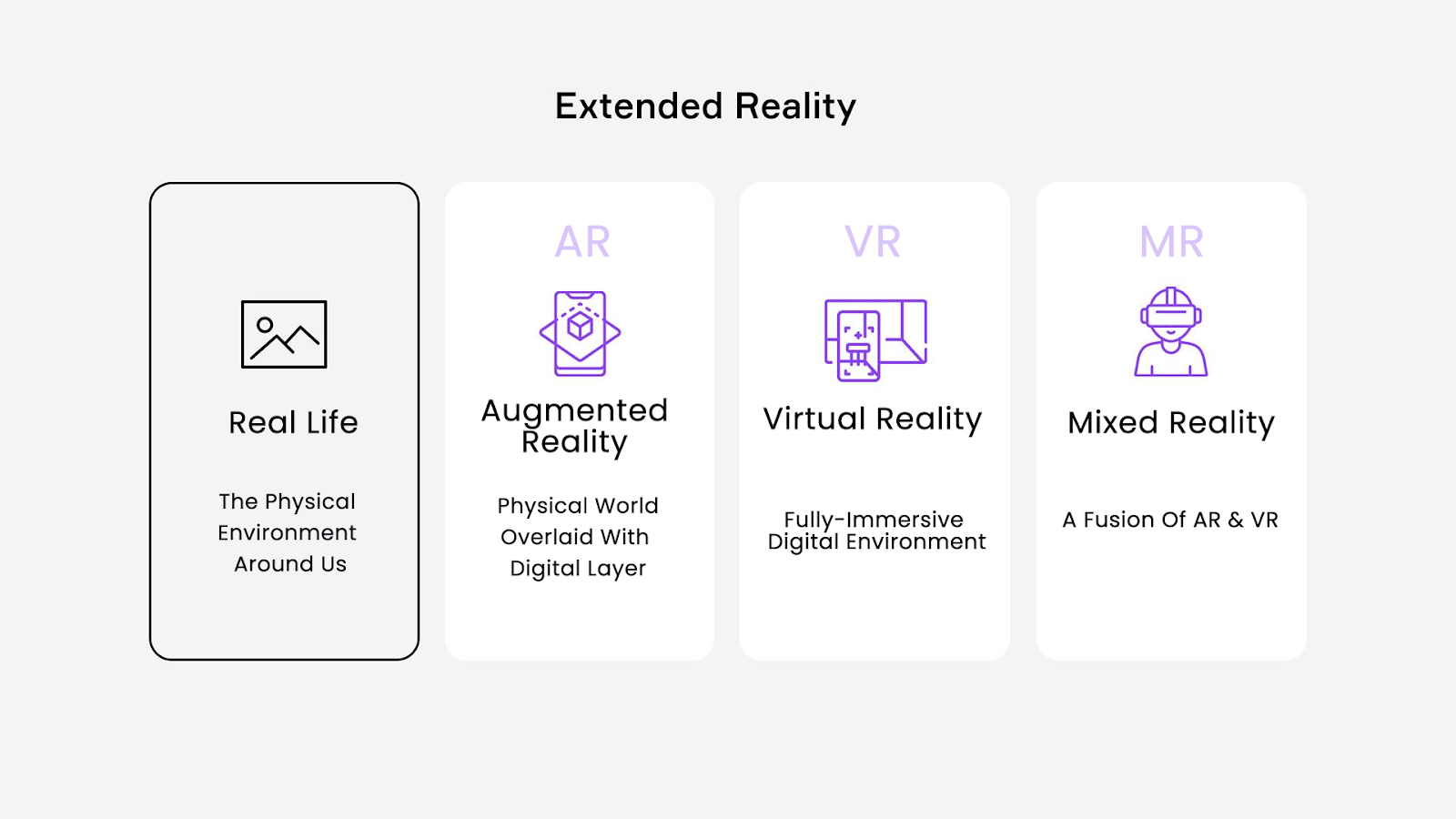 Augmented Reality projects digital information and content onto the physical environment, making it appear as though they are physically there with you, in your space. AR enables your gadgets to be more helpful throughout your day by allowing you to view digital material in the same way you experience the real world. In 2015, Disney Research created technology that allows coloring book characters to become 3D as they are colored. This is a simple example that showcases the power of AR technology.

Virtual Reality (VR) is a computer-generated environment featuring realistic-looking images and objects that immerses the consumer in their surroundings. This world is viewed by using a Virtual Reality headset or helmet. VR enables us to submerge ourselves in video games as if we were one of the characters, learn how to do heart surgery, and increase the quality of sports training in order to achieve peak performance. For example, with Disney Movies VR, users are taken to red carpet events and even get to experience an interview with the cast of 'The Jungle Book'.

Mixed Reality (MR) integrates physical and virtual elements to create new simulated environments and visualizations wherein actual and digital objects interact in real-time. It's a fusion between augmented reality(AR) and virtual reality(VR) technologies. Mixed Reality is considered the next revolution in human, computer, and environment interaction, with umpteen possibilities previously confined only to human imagination. For example, retail customers can try on clothes in a virtual dressing room to see how they look before buying them. This is one of the classic examples of an MR use case.

In a nutshell, with Extended Reality (XR), users can virtually explore places, feel as if they are actually there, and communicate with other people on XR. As a result, it combines all three AR, VR, and MR technologies. But how does Blockchain fit into all of this? Let’s examine further to understand.

Role of Blockchain in Extended Reality

One might have heard the term "blockchain technology" a lot over the last few years, perhaps in reference to Bitcoin. Blockchain technology holds transactional information in the form of blocks, across multiple databases connected by P2P nodes in a network. Every transaction is approved by the owner's digital signature, which authenticates the transaction and prevents it from being tampered with.  Enough about Blockchain! Let's check out how it enhances Extended Reality.

Given the constantly evolving world of technology, professionals began to investigate various ways to merge blockchain with what XR has to offer. Turns out, these revolutionary technologies complement one another quite well.

1. Blockchain technology allows the decentralization of ‘XR content’ while preserving its privacy. In layman’s terms, it is possible to establish a full-fledged virtual world filled with the creations of its users. This world works according to the rules defined by its users, all without the participation of the platform's designers. It enables users to assemble a world that actually lives on its own and relish it without danger.

2. Although decentralized, copyright protection will remain in place, thanks to Blockchain. If someone tries to take credit for someone else's creative work, it gets recorded in a blockchain. With Blockchain in XR, copyrights will immediately exist upon the creation of original qualifying works without the need for registration.

3. The profitable cryptocurrency industry (powered by Blockchain technology) joining forces with XR makes popularizing Extended Reality much simpler.  The interest will skyrocket once individuals discover that they can use virtual worlds to not only pass their leisure time but also make decent money!

4. As we now know, centralized entities issue and manage the majority of virtual assets, making it impossible to fully trust them because it doesn’t provide complete transparency. However, adding digital assets to the Blockchain would enable the virtual assets to match the legitimacy of physical assets by establishing a method for universal trust as well as the possibility of digital exclusivity and scarcity.

Extended Reality has enabled the digital world to grow, and integrating it with Blockchain technology will legitimize the virtual world. Blockchain and cryptocurrencies will become increasingly significant as the virtual world gains dominance over the real one. And with technologies like XR, the day is not far off! 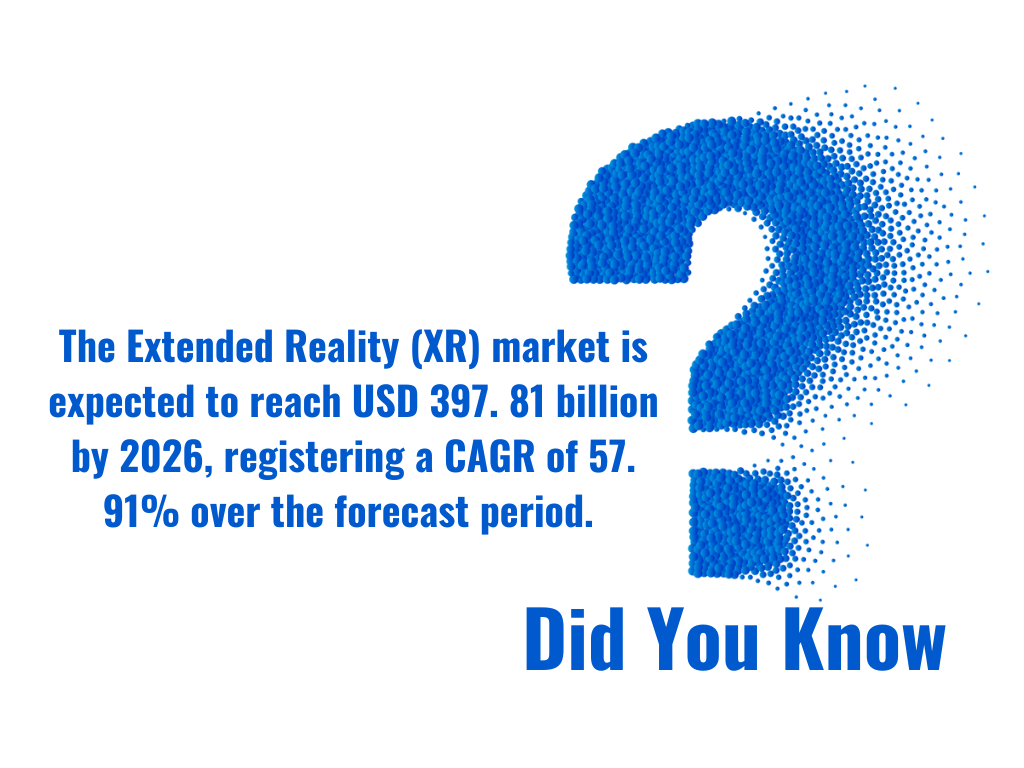 Stunning Use Cases Of Extended Reality When Combined With Blockchain

Companies have already started to see how leveraging digital technology can expand or create valuable experiences. Let’s check out the use cases that demonstrate the true potential of XR and Blockchain.

With the immersive experiences made possible by XR, fans will have access to a limitless selection of events from the comfort of their homes. Integrating Blockchain with XR will allow artists to tackle various problems plaguing the media and entertainment sector including unclear royalty agreements, intermediaries cutting into content creators' profit shares, and other issues.

Virtual worlds are a new frontier for marketing and promotion, allowing businesses to connect with potential customers and display their products in new and creative ways. Blockchain technology facilitates the establishment of a secure relationship between businesses and their customers. It can be used on ad networks to take out the middlemen and track who clicks and interacts with your ad.

Brokers and owners can improve real estate services by allowing target clients/tenants to explore properties virtually. Similarly, interior designers and architects can use XR to create layouts, designs, and building plans. Blockchain allows for the safe and decentralized recording and transfer of asset ownership. It speeds up and simplifies the process of buying & selling real estate. Furthermore, smart contracts automate a variety of procedures involved in real estate.

XR technology can provide improved analysis for medical practitioners by providing training options for procedures, diagnoses, and therapies. Blockchain can be used to store and share patient data among hospitals, diagnostic laboratories, pharmaceutical corporations, and specialists. It has the potential to increase the performance, security, and openness of medical data exchange in the healthcare system.

Before purchasing tickets to their selected destination, potential tourists can get a sneak peek at destinations and infrastructures such as landmarks and hotels via Extended Reality. Because tourism is dependent on multiple organizations passing information amongst one another, Blockchain can make accessing and keeping crucial information more accessible and more trustworthy. Financial transactions are, of course, an important component of the travel business, and blockchain technology has the potential to not only streamline but also safeguard these payments.

The fusion of Extended Reality (XR) and Blockchain has created various intriguing opportunities for businesses and entrepreneurs. Blockchain technology is primarily incorporated into XR as an enabling technology that has the potential to transform the way users interact with digital content, in order to build new or enhance existing experiences. With Blockchain, it is now feasible to sell/buy assets that could not previously be exchanged digitally, as well as to turn virtual content into valuable (e.g., collectible and tradable) commodities.

In reality, several of the XR solutions employ Blockchain to safeguard the content and access to them.  By leveraging the security mechanisms provided by Blockchain technology, one can verify product authenticity and ownership, confirm user identification, and so on. Given the growth projections and the evident benefits mentioned previously, it is not difficult to foresee that many more XR applications merged with Blockchain will be created in the near future, both in the sectors mentioned above and in others!

The world is changing and it is high time you did too. Join us today to kick-start your journey into the future today! As a world-leading Blockchain, AI & IoT Software Development Company, we have the expertise and resources to transform your vision into reality. Your dream company is at your disposal, where are you?