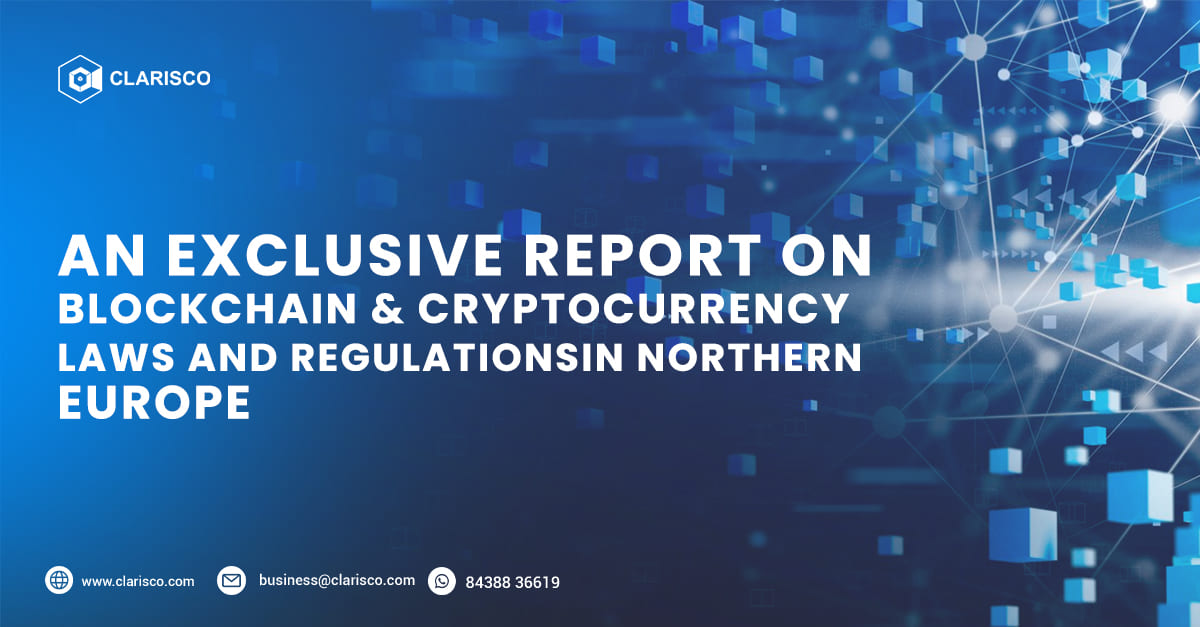 Blockchain, an intriguing technology, long connected primarily with the virtual currency ‘Bitcoin’ has evolved as one of the most crucial technologies accessible today. Legacy technologies are being challenged in various sectors including financial, healthcare, and energy by advanced blockchain-based solutions. In terms of geographic influence, blockchain has also surged. Entrepreneurs, engineers, venture capitalists, and bankers are pouring their time, energy, and money into bitcoins and other cryptocurrency-related businesses, but the true appeal is the underlying "blockchain" technology.

Over the last two years, an obscure technology long linked primarily with the virtual currency Bitcoin has become one of the most crucial technologies accessible today. Legacy technology is being challenged by suggested blockchain-based solutions in financial services, healthcare, energy, capital markets, and many other areas. In terms of geographical influence, blockchain has also surged. Entrepreneurs, engineers, venture capitalists, and bankers are pouring their time, energy, and money into bitcoin and other cryptocurrency-related firms, despite the fact that the underlying "blockchain" technology is the actual draw.

While it is frequently stated that cryptocurrencies and blockchain technology are unregulated, this is hardly the truth. Let's take a deeper dive to learn why.

Impact Of Regulations On Cryptocurrency & Blockchain

Many view the rise of crypto assets, such as cryptocurrencies, as part of a wider trend toward more flexible financial market infrastructures that boost options while also providing innovative solutions to fulfill both current and future payment demands. In the future, the extent and quality of regulation in a given jurisdiction will directly influence the adoption of cryptocurrencies and stablecoins. Many jurisdictions, including the United States, regulate cryptocurrency activities uniquely. Some crypto exchanges that do not clearly fit under the present legal framework have built strong techniques to authenticate their users’ identities and the source of money.

Northern Europe Is a Digital Safe Haven for Cryptocurrency Projects

Despite the instability that erupted in the crypto market this summer, there is a significant long-term indicator that should be factored into any sophisticated analysis: the combo of adoption and regulation. Large economic jurisdictions such as the EU and the US have already taken initial measures toward crypto and blockchain regulations. The Council presidency and the European Parliament struck a preliminary agreement on the markets in crypto assets (MiCA) proposal at the end of June 2022, which includes issuers of unbacked crypto assets and stablecoins, as well as trading platforms and wallets where crypto assets are stored. MiCA's goal is to give further clarity across the European Union, as several member states currently have varied national regulations concerning crypto assets.

In order to provide you with the most significant details on the current state of cryptocurrency and blockchain in Northern Europe, we have put up a brief summary. Let's take a peek.

Regulations & Legislation: There is still no clear crypto or blockchain legislation in the country. As a result, "blockchain is often forced to conform within the current legal framework." The Swedish Data Protection Agency and the Swedish Financial Supervisory Authority are the main regulatory bodies in the country.

Taxes:  Local tax advisers clarify that capital gains from selling cryptocurrencies are subject to a 30% tax.

Regulations & Legislation: Denmark has no cryptocurrency-specific legislation. Danske Bank, Denmark's largest bank, declared in 2021 that it will not offer cryptocurrency services to consumers but will not interfere with transactions originating through crypto platforms.

Taxes: Cryptocurrency earnings are subject to income tax, which is estimated to be approximately 37%. If you're a lavish earner, your crypto gains — as part of your entire income — might go up to 52% tax.

Regulations & Legislation: The Finnish Financial Supervisory Authority is the primary regulatory body for all crypto matters in the country. The Act on Virtual Currency Providers took effect in 2019. Any organization that offers or markets its crypto-related services to Finnish clients is required to register. Myriad types of digital currencies are not differentiated in any way by the Virtual Currency Act.

Major Initiatives: An alliance between the Finnish government and Essentia to develop blockchain-based solutions for smart logistics was first announced in 2018.

Taxes: Cryptocurrency exchange or sale profits are subject to capital gains tax, which is calculated at a rate of 34% on excess income over $29,922 ($30,000) and 30% on income up to that amount.

Regulations & Legislation: The Norwegian Data Protection Authority, the Financial Supervisory Authority (FSA), Norges Bank, and the Norwegian Tax Authority are the advisory and regulating bodies for blockchain and cryptocurrencies. The FSA has already stated that a legal framework and guidelines for investor protection are required in case cryptocurrencies turn out to be a good investment for consumers. The Regulation on Markets for Crypto-Assets (MiCA), the EU's flagship cryptocurrency law, has not yet been adopted, thus it is doubtful that Norway would pass new cryptocurrency legislation as of now.

Major Initiatives: A regulatory sandbox was formed by The FSA in 2021 to boost fintech innovation. A central bank digital currency (CBDC) is being intensively researched by the Central Bank of Norway and is now undergoing a two-year phase of technical testing.

Taxes: Cryptocurrency holdings in Norway are susceptible to the standard capital gains tax, much like in other Scandinavian nations. The yearly tax rate for private individuals is 22%; due to a uniform corporate income tax rate, the same proportion also applies to legal companies. A person would pay extra, though, if his annual income exceeded specific thresholds.

Taxes: The Latvian PIT Act classifies cryptocurrency as a capital asset liable to the general capital gains tax of 20%.

Regulations & Legislation: Lithuania is among Europe's top pro-blockchain countries. It was one of the first countries to establish ICO rules in 2018. From 2019, all providers of digital assets had to be registered with the country's Centre for Registers.

Major Initiatives: In 2018, the Bank of Lithuania unveiled LB Chain, a digital currency sandbox intended to serve as a model for central bank-issued blockchain-based coins.

Taxes: The corporate tax rate for cryptocurrency enterprises is 15%, and the individual income tax rate is also the same.

Regulations & Legislation: Estonia became the first country in Europe to establish clear legislation and guidelines for digital currencies. According to local legislation, digital currencies are "value defined in digital form that is digitally transferable or tradable and that people have accepted as a payment instrument." Digital currencies, on the other hand, are not regarded as legal currency and do not have the legal status of money.

Major Initiatives: The blockchain-backed e-Residency program allows anybody to form and administer an EU-based company entirely online and "has proven to be a substantial facilitator of blockchain business activity in the country." It should be mentioned, however, that when the country refined the definition of virtual asset service providers (VASPs), more than 1,000 licenses from crypto businesses were revoked. The government employs a blockchain-based keyless signature infrastructure that is extremely scalable and privacy-focused, and it is utilized in healthcare, property, business, and inheritance registries, as well as in the country's digital court system.

Taxes: Digital currencies are considered property, and their trade is subject to a 20% capital gains tax.

Marianna Charalambous, research project manager at the University of Nicosia and a member of the EU Blockchain Observatory, stated that Estonia is still a pioneer in public blockchain deployment. "Most banks have prohibited their customers from dealing in cryptocurrency, and the founders of cryptocurrency startups have had their bank accounts forcefully closed." "Because most individuals in the Nordics are still reliant on the fiat banking system, this is a big impediment to creating breakthroughs," said Kristina Lillieneke, CEO of BlackBird Law and a member of the EU Blockchain Observatory.

All of these statements from Blockchain and cryptocurrency specialists demonstrate that the EU is on its way to becoming a pro-blockchain jurisdiction. The need for crypto regulations is getting more pressing by the day. Many nations have already begun to implement regulations to make crypto trading safer for their residents. But how long will it take for Global Crypto and Blockchain Regulations to be put in place? Only time will tell.

If you are a Crypto or Blockchain enthusiast looking for guidance to get started on your next digital venture, we can provide you with the required assistance.

Drop us a line today!